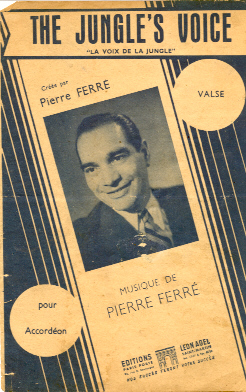 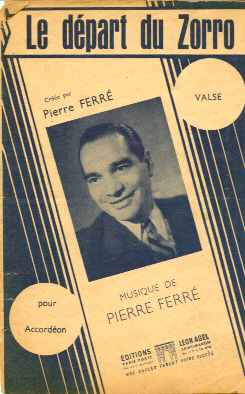 Pierre Baro Ferret was born in Rouen, France in 1908. The eldest of three brothers, he showed talent as a musician from an early age. After a short apprenticeship in the local dancehall, he migrated to Paris. He quickly became a fixture as a guitarist in the bals-musette, and also was a favorite sideman of Django Reinhardt, recording around 80 sides with the great jazz guitarist. Though he too was an able jazzman, Baro is most renowned as a composer and interpreter of waltzes. His early bal-musette compositions like "Swing-Valse" co-written with Gus Viseur, are among the most beautiful and sophisticated of the style. Later compositions, such as "L’inattendu" and "Le Depart de Zorro" are modernist in the extreme. As a guitarist he had perfect technique and a unique improvisational style. He turned away from the performing life after the war, and in the 1960s he operated a bar, "La Lanterne". He made a but a single LP "Swing Valses d’Hier et Au’jourd’ui", an audacious display of virtuosity and imagination. This handsome and charismatic gypsy passed away in 1978, little noticed by the larger guitar-playing world. It has been said that he was too far advanced a musician for his time, and maybe too advanced for our time too. There is no reason to argue this point.